Fixing the WTO – the key to a Sustainable Sugar Future 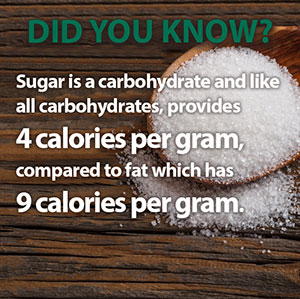 The world sugar trade environment for sugar is dramatically uneven. While Canada’s sugar market is open, based on world sugar prices and a small tariff (one of the lowest in the world), most countries impose protective quotas and high tariffs that insulate their producers from world competition. Protection in those countries is the greatest for refined sugar and value-added sugar-containing food products. The result is that Canada’s refined sugar has little or no access to foreign markets and sugar-containing products face restrictive quotas and other rules that limit Canadian exports.

Historically, world sugar supply and demand is characterized by recurring supply/demand imbalances reflected in extremely volatile prices on the world market. For most years in the past several decades, world production of sugar has been in excess of consumption, leading to low prices and stock overhangs. There have also been shorter periods of deficit, usually the result of crop failures in one or more of the main producing countries, leading to short term price spikes, followed by equally sharp declines.

About 40% of world sugar production is exported; however a significant share of this trade takes place under historical country preferences or bilateral agreements. For example, both the United States and Europe allow for preferential imports from certain developing and least developed countries while industrialized countries such as Canada cannot freely export to their markets. These types of policies continue to distort world sugar trade and world sugar prices.

The WTO, Agriculture and Sugar Trade

The World Trade Organization (WTO) is an international organization that negotiates and enforces the rules of trade between member nations. The purpose of the WTO is to enforce current trade rules to provide importers and exporters with a predictable trade environment and to negotiate agreements with member countries to further liberalize global trade in goods and services. The WTO has 164 member countries, accounting for more than 96% of world trade. Decisions are made by the entire membership, typically by consensus.

WTO members recognize the need to reform world agriculture policies which continue to be distorted by subsidies and high trade barriers. In 1995, the WTO Uruguay Round produced the first multilateral agreement that included the agricultural sector. This started the process of binding and cutting tariffs, removing import bans and restrictions and cutting domestic and export subsidies. Unfortunately for Canadian refined sugar producers, the agreement actually led to reduced, not improved, opportunities as the U.S. changed its quota rules creating more restrictions on imports of refined sugar and sugar-containing products.

In November 2001, in Doha, Qatar, WTO member governments agreed to launch new negotiations towards major reform of the international trading system. The agriculture trade reform process was already underway and became a formal part of the WTO Doha negotiations. Unfortunately, negotiations stalled in 2008 and little progress has since been achieved in reducing global distortions in agriculture, including sugar trade.

The Canadian sugar industry works with supportive interests both domestically and internationally to advance the industry’s position towards a more open international trade environment. The Canadian Sugar Institute (CSI) is a founding member of the Canadian Agri-food Trade Alliance (CAFTA), the national association of  producers, processors, marketers and exporters from Canada's trade dependent agri-food sectors. The CSI is also a founding member of the Global Alliance for Sugar Trade Reform and Liberalisation (GSA), an international coalition of raw and refined sugar producers seeking meaningful liberalization of the global sugar market. As a member of both CAFTA and the GSA, Canadian sugar refiners are working with other export-oriented producers seeking reduced global trade barriers for agri-food products including sugar.